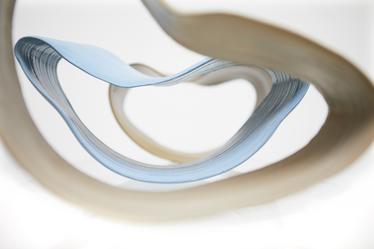 Before 2007 I was a regular exhibitor at local craft fairs in and around Barnet, North London.

Between June 1988 and June 2004 I worked full time in media relations and public relations, mainly in the voluntary sector, including Save the Children, Princess Royal Trust for Carers and Mental Health Foundation.

A challenging sea. A wall of water to get through.

My sea swim diary work began in early 2018. After swimming in the North Sea off Scarborough I explore the ideas and the form in my sketchbook and then make the sculpture or vessel that this suggests. 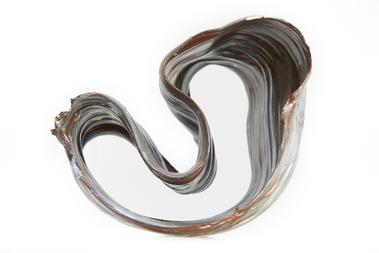 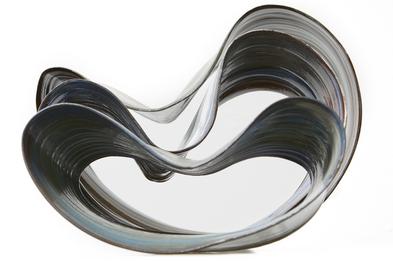 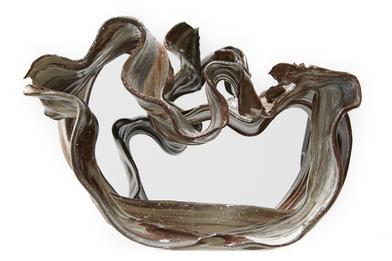 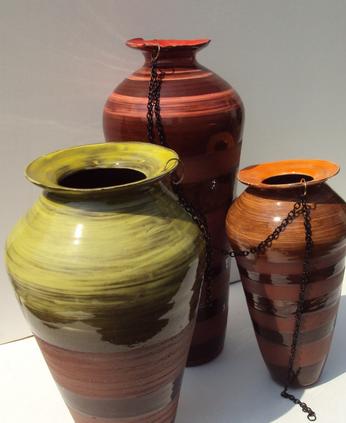 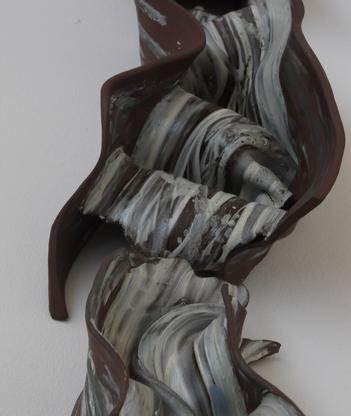 Gentle ripples intersecting the wide plane of the sea.

An open sea. Far reaching views from the seal's eye point of the swimmer. Steady bands of colour reflecting the light. Movement and buoyancy. A joyous gentle sea to lose yourself in.

Sea quieting down but still with immense power. Knocking sideways back from underneath the spa and the path towards the star chart. Feeling three different directional forces all at once.

Together We Stand is a figurative piece, with the emphasis on the vessel’s shoulders and neck. It communicates the strength, dignity, power and importance of human relations and mutual support – despite the chains that bind.  It was loosely inspired by reading around the subject of civil rights and slavery in America, including films such as Selma, which followed Martin Luther King and the march for equal voting rights, and Django Unchained.

A frivolous sea & a joyous swim​

Sea has reached 10 degrees C so it's time to shed a layer. Thrill of the chill. Waves full of bubbles. A really effervescent sea, like swimming in a cauldron of champagne or soda water. Feeling the fizz...................

Pymm's Brook after weeks of rain

Pymm's Brook is a small brook, close to my previous home in East Barnet. During an extraordinarily wet summer the brook bubbled and tore through its usually tranquil surroundings, threatening to burst the banks.

The work is in four interlocking sections, each made up of thrown components.